Farhana Nila: Journalists have an important role to play in the fight against the covid 19 virus, they have to inform about the spread of Covid-19. For this reason they try to follow the hygiene rules. Yet, many journalists have died in these covid situation. Last September, the Dhaka-based voluntary organization ‘Our Media, Our Rights’ reported that, In Bangladesh, 555 journalists have been affected by Corona. A total of 32 journalists have died. In here till now one female journalist has died of this virus. Today we know, how Bangladeshi women journalists work in various countries are faring during the pandemic, lockdown or quarantine.

During the epidemic, women journalists have been busy in both offices and homes: Angur Nahar Monty

Angur Nahar Monty is a President, Diplomatic Correspondent Association, Bangladesh (DCAB). She also working as a Joint News Editor in News 24 TV.  She said, `Our women journalists are always ready to work in any disaster situation. A large number of women reporters are working from home in the Covid 19 situation. Bangladesh electronic & print media have given them this chance. Especially those who work at the desk, now they work from home.’

She said `Bangladesh Prime Minister Sheikh Hasina has declared general leave in our country for Covid situation. Bangladeshi politicians also held online press conferences. So journalists didn’t have to fo to the field without much need. The presences of journalists in the media was somewhat relaxed. Journalist’s were given duty for 7 days & 7 days on quarantine. These journalists are reporting on the story either from quarantine or on the front lines. So if someone was infected with the virus, they could realize it within 7 days. The talk show programs were all organized online.’Yet when someone is infected with the virus, we sent him to quarantine until he recovered.

She said, I want to say that our girls are always a little more conscious than men. Especially male journalist who smoke, they could not follow the hygiene rules. In this time of pandemic, I think female journalists were more diligent and aware than male journalists. During the covid 19 situation, women journalists have been busy in both offices and home. Because the home servant can’t come for work. So the responsibility of women in the family has increased. She also had to cook. She had to do housework. Work pressure in the office has also increased.

Nazneen Lucky has worked in a pandemic situation even she is pregnant: 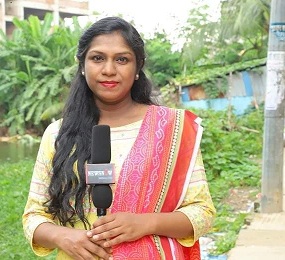 Nazneen Lucky working as a staff reporter in online portal `News Now Bangla’ as a Staff Reporter. July 24 was Nazneen Lucky’s child delivery date. But on Julay 23, Nazneen Lucky’s  have done reporting work in the field.

Nazneen told, `Journalists have to work with risk in any situation. Being a mother for the first time, it is also a beautiful feeling. At the same time, working to keep yourself healthy is also a challenge. Before the virus attacked Bangladesh, it had sprea to many countries around the world. I was sure that even ifcoronavirus spread in Bangladesh, I was mentally prepared in advance that I would have to work in this disaster. I am working using all kinds of safety equipment. I think Bangladesh has never gone through such a new situation before. Everyone is thinking in many ways. Corona has the oppoutunity to do multidimensional news. Try that in variety of ways. I can show it through news. I felt it was the right time to work. All in all, the time is not to sit still. This is a good time for journalism. This is my biggest inspiration.

I am working by taking protection myself; Nadia Sharmeen 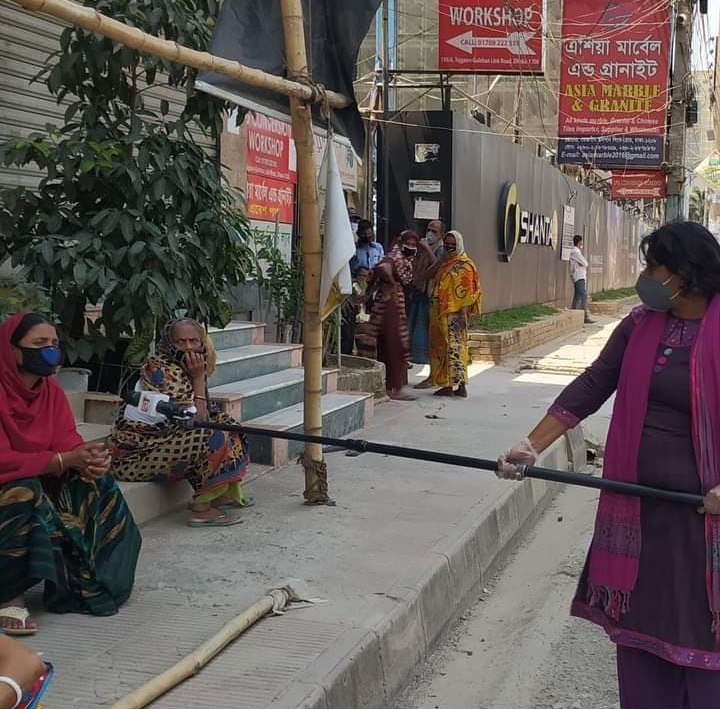 Nadia Sharmeen working as a staff  reporter in 71 TV. She said,`The safety of media workers is particularly at risk in this crisis because they must continue to provide information on the ground and testify by visiting hospitals, interviewing political, economic and scientific officials, doctors, nurses and patients. I went inside the hospital I covered the news. At that time almost all the hospitals have started providing corona patient services. For these reasons I get some preparation.   ·

This are the picture of brave Bangladeshi women journalists. But there are also opposite side.

Recent, South Asian-based organization Article 19, organized A webinar seminar about situation of women journalist. Its presented by Faruq Faisel, Regional Director of the company. He informed that almost 100 women journalist lost their job. 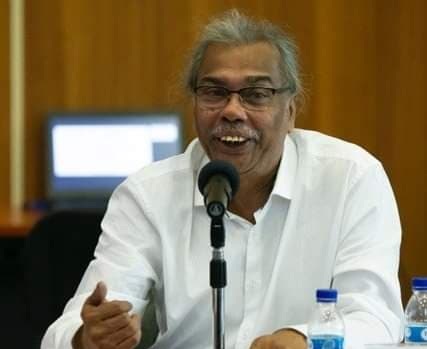 He told, ` Women journalists are working on a par with men equally risking their lives due to COVID 19 to report from the frontlines, and yet, the ‘journalist retrenchment policy’ of the media has disproportionately affected the women workers as they are the first ones being dismissed. The situation of journalists working in the rural areas, especially women, are even more deplorable. Several media houses have stopped the salaries and allowances of the journalists working outside the capital.’ 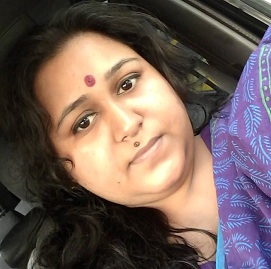 Mausumi Acharya who was recently fired from a private television station, said `Compared to the froth of the television industry in the last two decades, the standard of professionalism in its management is zero. Channel owners are not held accountable for violating workers’ rights. She further added that while the pioneers of journalism in Bangladesh have been able to incite the love of the youth towards this profession, they failed to establish job security and protection in this profession, especially journalist organizations who failed to take effective initiatives in this regard.”

During the pandemic, have added new problems for women: 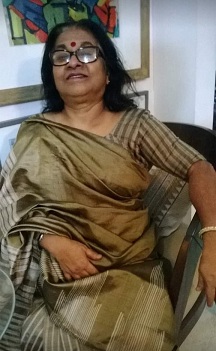 Naismun Ara HaqueNaismun Ara Haque Minu, president of the Bangladesh Women Journalists’ Centre. She said, Journalism is challenging for women because journalism is basically considered a mal profession. So, women have to face many unwanted obstacles in society, family and the workplace. During the pandemic, these obstacles have added new problems and challenges. She demanded that a Sexual Harassment Prevention Cell should be set up in every media house to fully implement the High court’s order to stop sexual harassment in the workplace.

All the women journalists in Bangladesh were of the opinion that they would not be left behind as women. They are ready to take on challenges in war, disaster and any epidemic. Rather they are able to adapt to the 1`New Normal’ system in Corona situations. At the same time, those concerned say that the media, which has sacked the workers in the disaster situation, should be brought under the law.