Al-Saadi Gaddafi, 48, was freed through a decision by the Libyan Chief Prosecutor’s Office and the approval of Prime Minister Abdul Hamid Dbeibeh.

It was also stated that he left the country to move to Turkey.

Saadi Gaddafi, who was known for his playboy lifestyle during his father’s dictatorship and for being a professional footballer, fled for Niger during the Nato-backed uprising.

He had fled to Niger after the collapse of the Gaddafi regime in 2011 but was brought back to Libya to stand trial in 2014 on charges of embezzlement during the Libyan Football Federation presidency.

During the uprising, three of the dictator’s seven sons were killed and the country has since sunk into chaos, with rival factions vying for power. A government of national unity was installed in March as part of a peace push that was also meant to include elections planned for December.

In 2018 the justice ministry said Saadi Gaddafi had been found not guilty of “murder, deception, threats, enslavement and defamation of the former player Bashir Rayani”.

Students above 12 to be vaccinated after WHO approval: Health minister 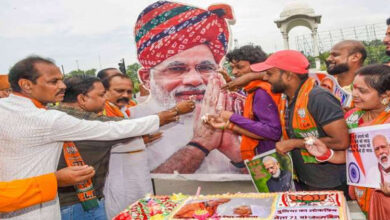