The people of Australia have taken to the streets in protest against the ongoing lockdown.

At least 235 people were arrested and 10 police officers injured following a large anti-lockdown protest on Saturday in Melbourne , Australia.

There were 2,000 police officers in the Melbourne central business district to prevent large protest groups from coming together. Victoria Police Commander Mark Galliott said, “What we saw today was a group of protesters that came together, not to protest freedoms, but simply to take on and have a fight with the police,” Galliott told reporters. “That’s what we saw were angry, aggressive young males, they had to fight the police not to protest about freedom.” 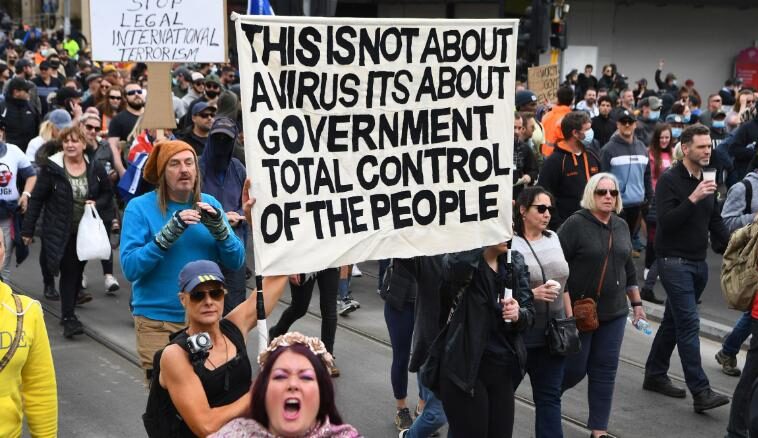 Galliott pointed out that the only way to gain freedom as a society is to work together and achieve vaccinations. “Once we do that we would be out and about enjoying summer, enjoying Christmas, enjoying times with families. Doing these does nothing to advance any course. It’s never been successful here or overseas, protesting gets you nowhere.”

Victoria police fire pepper spray during a clash with protesters at a Rally for Freedom in Melbourne, Australia, on Saturday, Sept. 18, 2021.