German Chancellor Angela Merkel is campaigning for her party’s candidate  Armin Lachet, although she is no longer running for  fifth term . In the meantime, one of the most powerful women in Europe went to a bird park in the city of Marlow and became embarrassed.

During her visit, the German chancellor posed for the camera with some bright Australian rainbow lorikeets, carrying some bird feed in the Vogelpark Marlow bird park. The colourful birds encircled the German chancellor, eating the bird feeds from a tiny paper cup which was apparently filled with lori nectar- a composition of dried flower pollen, fruit sugar, cereal, and water. During that time, a hyperactive Australian rainbow lorikeet bit at her hands, prompting her to shriek in pain.

The incident was captured on camera by DPA photographer Georg Wendt. 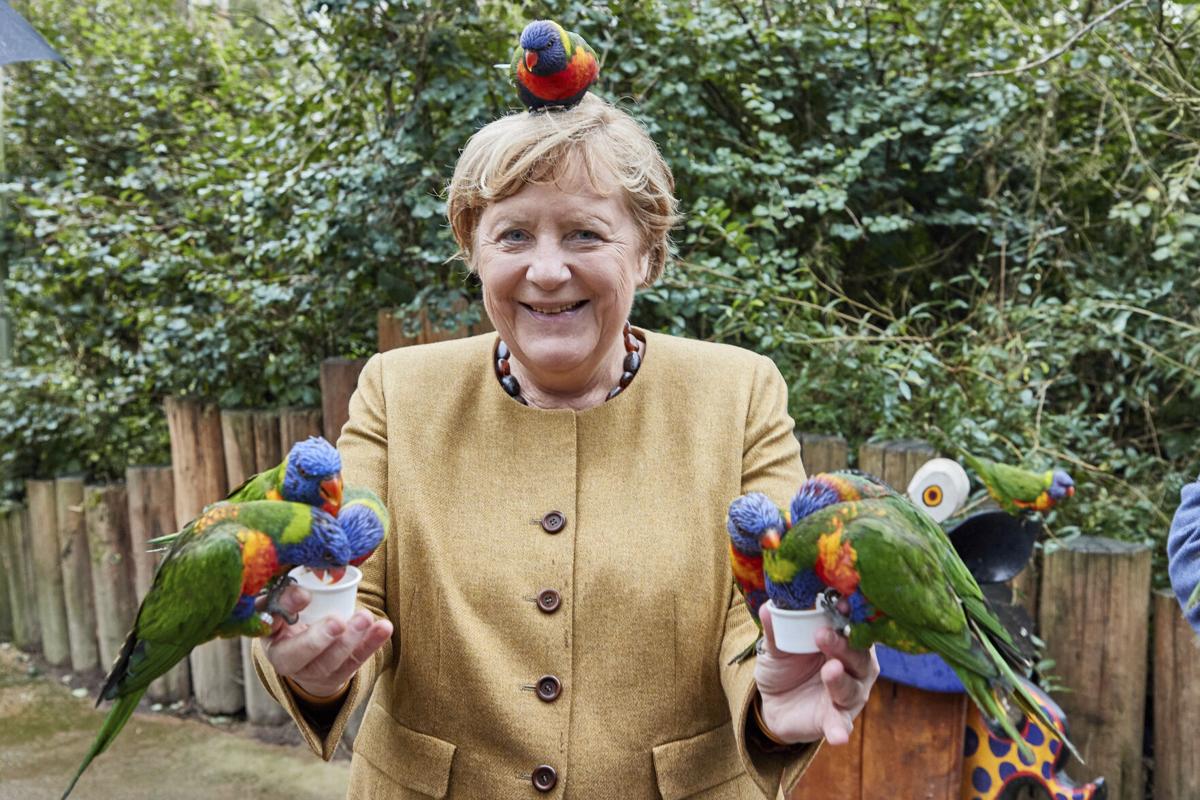 Merkel will be retiring from her post this year after serving Germany as chancellor for 16 years.

Chancellor Angela Merkel is said to be a symbol of Europe’s stability. Merkel has been hailed as one of the most successful women leaders in the world for her timely decisions since she took office in 2005. However, she announced long ago that she will not run for chancellor. So after 16 years Germany is going to get new leadership.