Britain’s Queen Elizabeth has been seen using a walking stick in public for the first time for comfort rather than recovery.

She was handed the stick by the Princess Royal as she arrived at Westminster Abbey for a service.

the 95-year-old queen was seen getting out of the car with her daughter Princess Annie, leaning on a black stick. The queen is not usually seen walking on a stick like this. 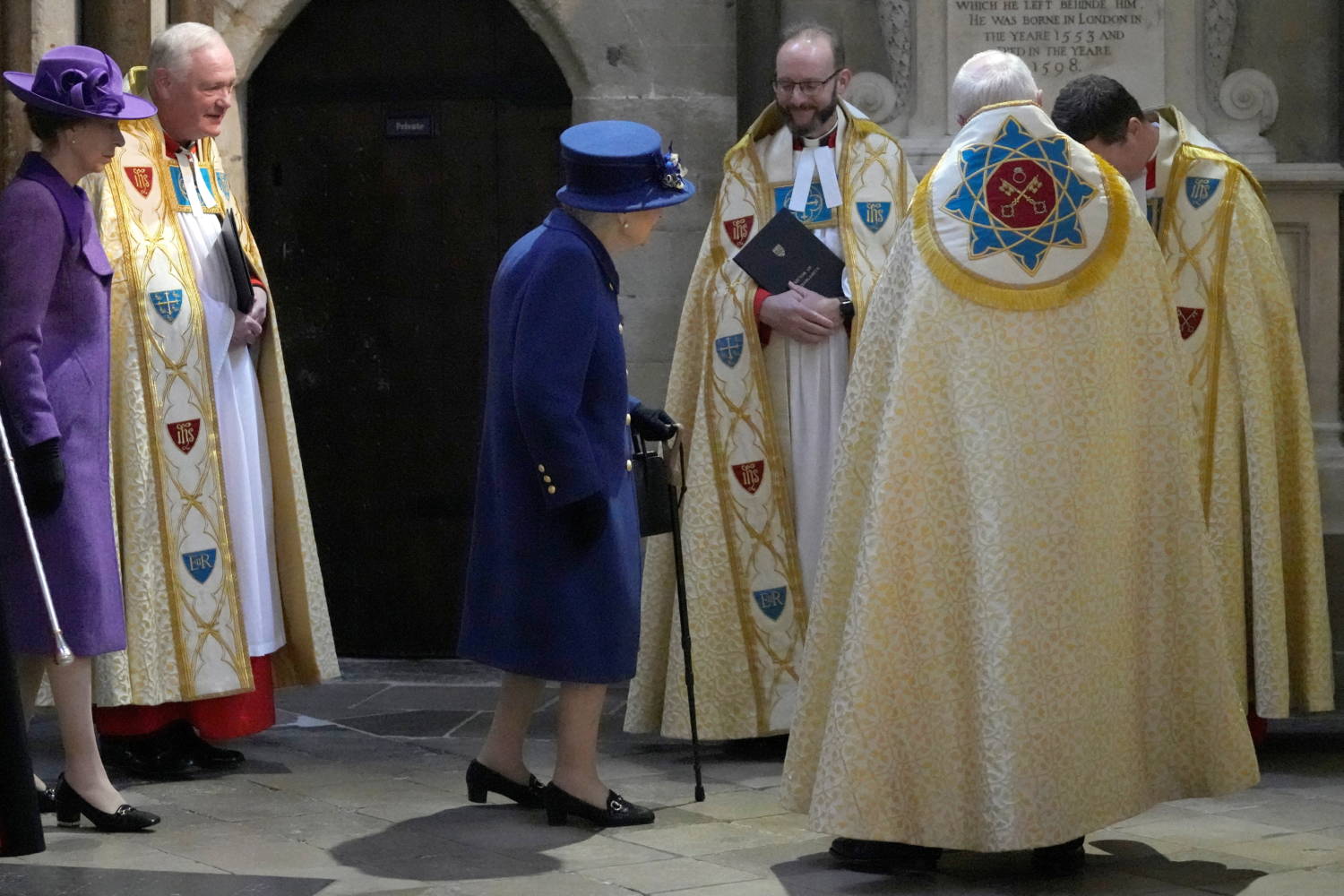 The 95-year-old monarch was previously seen using a walking stick in 2003 and 2004 after a knee operation, but has generally enjoyed good health during her time as head of state.

She was at the abbey for a service to mark the centenary of the Royal British Legion. 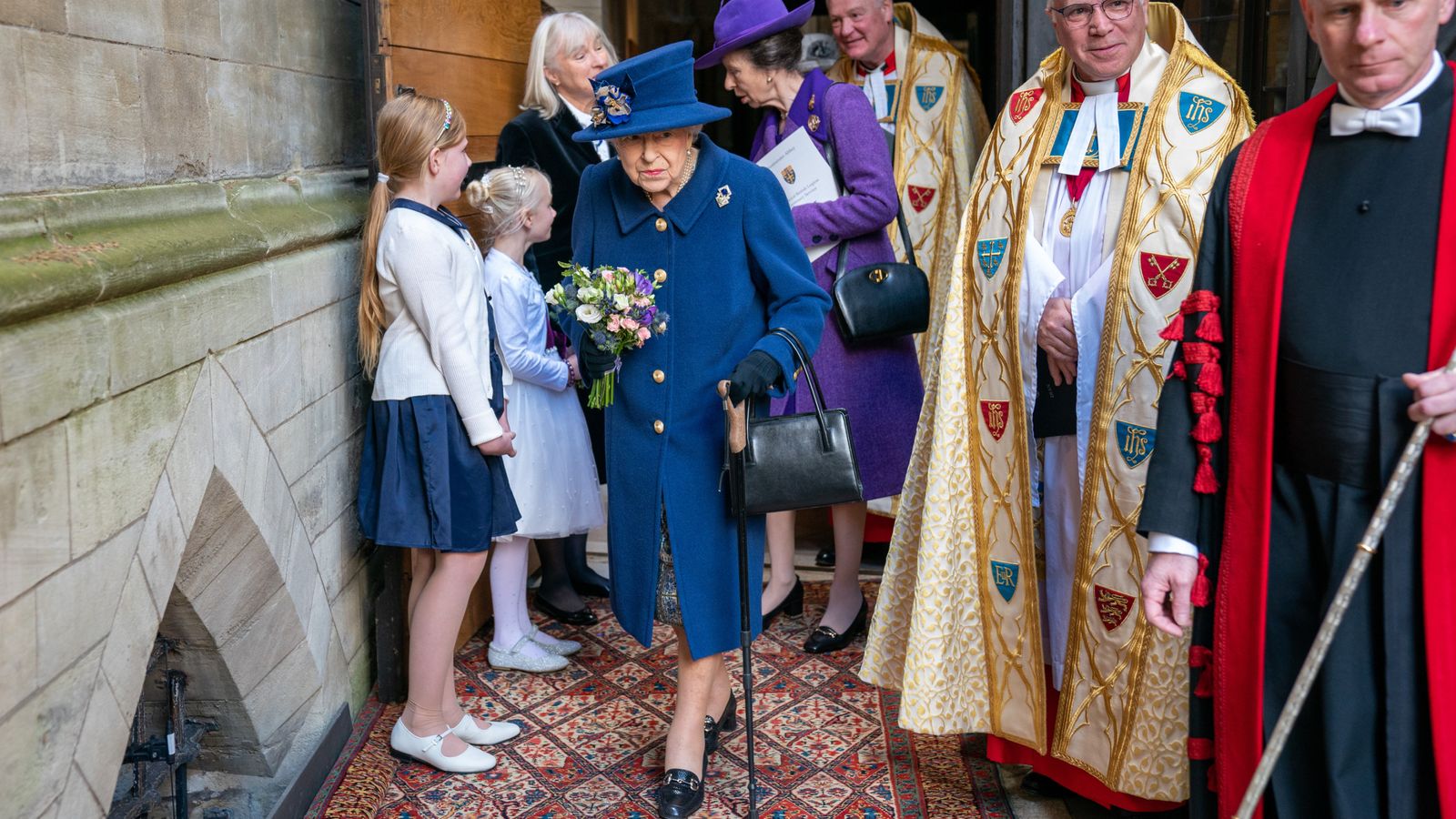 The queen appeared at ease as she moved to and from her seat at Westminster Abbey but there was also a change made to her usual route, via the Great West Door, for a shorter route via the Poet’s Yard entrance, to her chair.

Both developments are understood to have been tailored for the queen’s comfort. Buckingham Palace declined to comment. 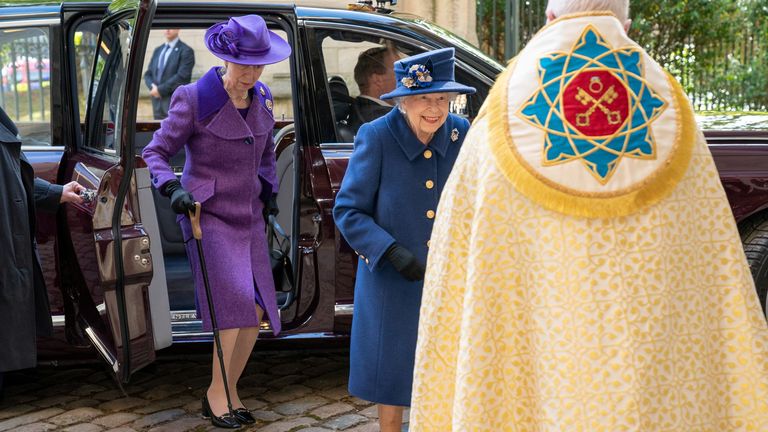 Adjustments have been made to major events before to help the queen.

In 2016, she used a lift rather than stairs to enter Parliament for the State Opening, circumventing the 26 steps of the Royal Staircase at the Sovereign’s Entrance.

She has also not worn the heavy Imperial State Crown since 2016, and it is now placed on a deep red and gold velvet cushion during the proceedings.

Following surgery on her right knee, the queen left King Edward VII’s Hospital in January 2003 using a heavy-duty stick, and also used a wooden aid at a Sandringham church service later that month. 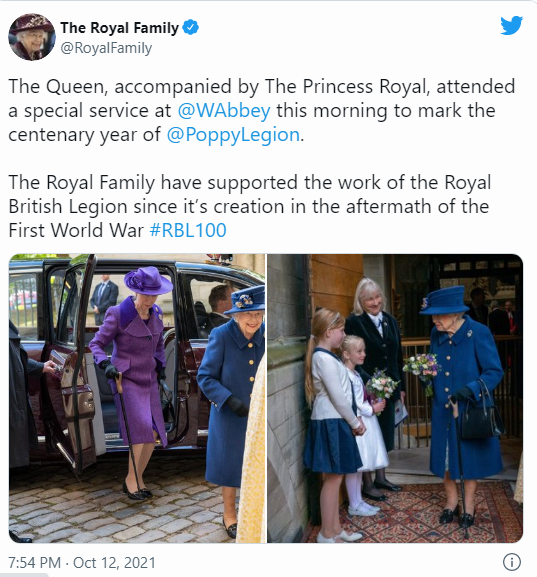 A few days later, she used another adjustable stick when she unveiled a set of bronze gates on the Sandringham estate, using it as a means of gesturing during the event.

The Royal British Legion is famous for its annual poppy appeal, which encourages public donations in return for the red flower worn in memory of the UK’s war dead.

In his address, the Dean of Westminster, the Very Rev David Hoyle, celebrated the Royal British Legion’s ability to stitch “together our shattered experience” and make us “whole”, and said it has become the bridge between ordinary men and women and those “who have been set apart by serving in the forces”.

The charity was founded on May 15, 1921, and brought together four national organisations established to care for military personnel and their families after the First World War.

The physical injuries of the returning servicemen were not the only issues that needed addressing. Some found it difficult to find work.

“The legion remembers truths that some would urge us to forget. The legion speaks into our silence. The legion stitches back together our shattered experience and makes us whole,” the dean said.

Philip, the husband of Queen Elizabeth II, known as the Duke of Edinburgh, died on April 9, just weeks before his 100th birthday, after a short illness. He was 99 years old at the time of his death.

The EU will provide 1.2 billion US Dollar in aid to Afghanistan

Ayub Bachchu's family got the royalty of BDT 9 lakh