The High Court on Tuesday suspended the ban on GM Quader to perform his activities as chairman of the Jatiya Party as per party’s constitution.

Now, there is no legal bar for GM Quader to perform responsibilities of Jatiya Party chairman following the HC order, the lawyer added.

Earlier on 16 November, A Dhaka court upheld an order that had asked GM Quader to refrain from party activities.

The court also set 30 November for submitting a reply in writing and holding further hearing on the matter.

Party’s suspended leader and former lawmaker Ziaul Haque Mridha filed the case against Quader on October 4 and the court on 31 October had issued the order.

A couple of lawyers including Sheikh Sirajul Islam and Kalim Ullah Mazumder filed the plea, challenging the court order against Quader’s party activities. 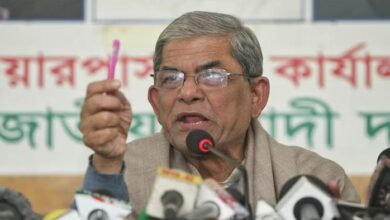