He came up with the remark while addressing a discussion, organised by Bangabandhu Sangskritik Jote, at Jatiya Press Club on Thursday marking the National Mourning Day.

Responding to a statement of BNP secretary general Mirza Fakhrul Islam Alamgir that the ruling Awami League does not believe in the spirit of the Liberation War, Hasan said the name of the party, which led the country’s liberation war, the struggle for independence and the way to the independence, is the Awami League.

He said the BNP leaders held meetings with those who chanted the slogan “We are all Talibans, Bangla would be Afghan” and they now stated the Awami League does not have the spirit of Liberation War. The question is that whether they have any consciousness or not, he added.

Doctors told me to stay away from cricket 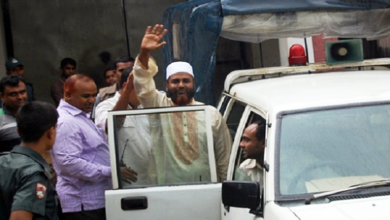