Taliban and opposition forces battled on Saturday to control the Panjshir Valley north of Kabul, the last Afghan province holding out against the Islamist group, with both sides claiming to have the upper hand without producing conclusive evidence.

“About 600 Taliban terrorists have been liquidated in various districts of Panjshir since morning. More than 1,000 Taliban militants have been captured or surrendered themselves,” the resistance forces’ spokesperson Fahim Dashti tweeted.

However, the Taliban spokesman Bilal Karimi said the districts of Khinj and Unabah had been taken, giving Taliban forces control of four of the province’s seven districts. “The Mujahideen (Taliban fighters) are advancing toward the centre (of the province),” he said on Twitter.

The Taliban, which came to power in the rest of the country three weeks ago, were unable to control the valley from 1996 to 2001 when it last ruled Afghanistan.
Meanwhile, the Taliban’s attack on Panjshir’s resistance slowed down due to the presence of land mines in the area.
The Taliban sources said the fighting continued in Panjshir, but the progress was delayed due to land mines on the road to the capital Bazarac and the governor’s premises, Al Jazeera reported. 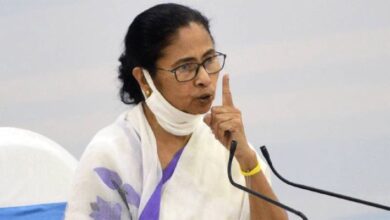